I grew up and live in New England. I was raised on the joy of blinding white snow days and frozen fingers on opening day of trout season, on itchy skin and tired lungs filled with the smell of cut grass after hours of playing Kill the Guy with the Ball in the golden light of a hot July fading dusk. I was also raised on the colors of fall: red, green, yellow, orange, and then, brown.

But, as much as these colors tempered my life, it is the blues and greens found in my part of the world that have honed my soul to what it is. I know that, I honor that, I relish that fact.

But that was then, and I’ll explain now, as I explained it to my neighbor, Mary, a few weeks ago while standing in the street in front of my house just after she asked me, “How are you doing?” why climate change means color change.

I paused; I fell inward momentarily and briefly found it hard to swallow, but I did, turned toward her, and began.

“Mary, I had a thought. I’ve come to accept that we humans had our chance. We had our chance and we screwed it up and now it’s just kinda…too late.”

Did I mention that Mary is a pastor? She looked at me but didn’t speak.

I continued on. “Don’t get me wrong– I really believe some people will go on, maybe the super wealthy or survivalist bunker type folks, but for the most part it’s gonna get ugly for a lot of us on the way out.”

I looked behind her up to the tops of the massive pine trees that line the back of her property. The osprey and bald eagles I have seen land up there flashed in my mind.  The marsh to my right flashed in my mind, too, the thought of redfish filling in when the stripers all move north.

I looked back down at her. “It’s not like it’ll be the end of the world. It won’t. Some animals and other living things will go on as the world begins again. It’s just probably not going to be so infested with us humans.”

She gazed down the street toward the center of town and I noticed a furrow in her brow appear as she listened.

“I had another thought, Mary. In the future – red is the new green.” She asked me what I meant. “Well, I’ve thought about it. In a hundred years, when whoever is left is sitting around talking about beauty, they won’t know what “green” is because the future will be warmed, dried out and burnt, different color schemes will develop, red will be the new green. Still though, I imagine whoever is around then will probably just look around at their new world of warm colors and say “My God, isn’t this all just so beautiful?” Live in the moment kind of stuff– isn’t that what we humans do?”

Again, she looked at me but didn’t speak.

“But you want to know what the weird thing is, Mary? I’m kind of ok with that notion. I kind of accept it’s all coming down and somehow in a crazy way my cynicism finds a wry smile in the folly of our human ways. I don’t think my kid’s kids will still be catching trout in Connecticut, but man, we literally had Eden in the palm of our hands and we screwed it up and when we had a chance to fix it we just took more, then, too. Maybe it’s time for us to step aside and let something else have a go at it?”

So I guess now I can either laugh about it, or cry over the spilled milk of it, or maybe just paint it, right?

aka: Red is the new Green 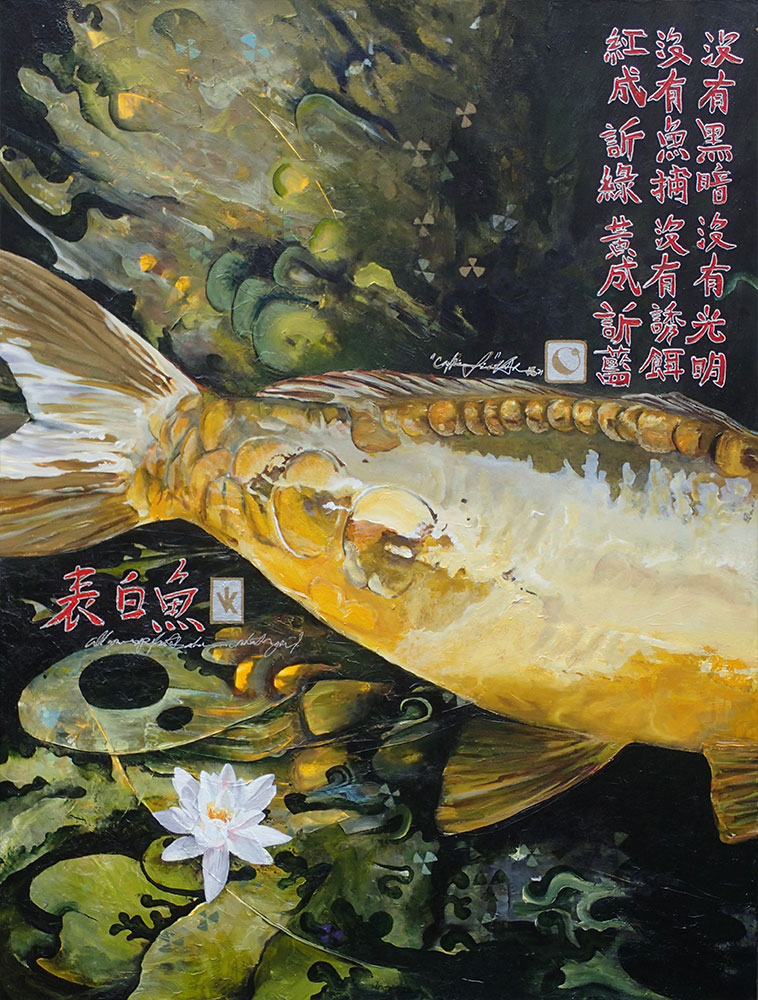 The poem in the upper right is written in Chinese.   The English translation:

Red is the new Green, Yellow the New Blue 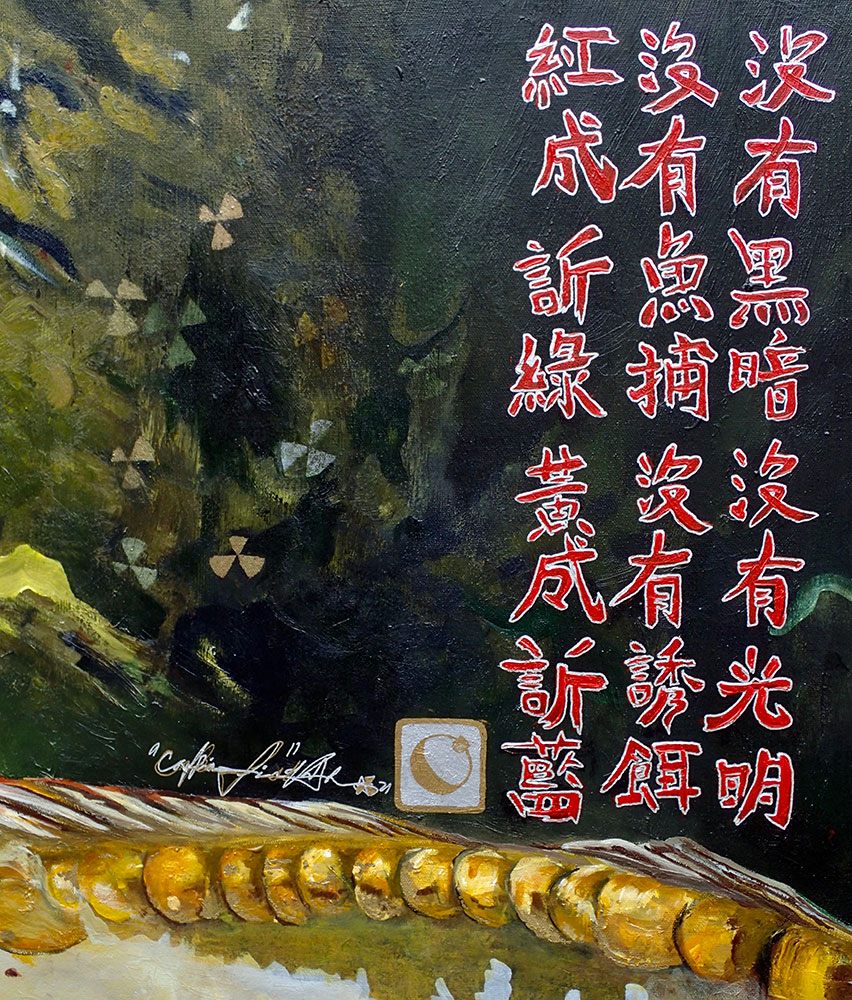 The lotus, like the carp, thrives in muddy water. 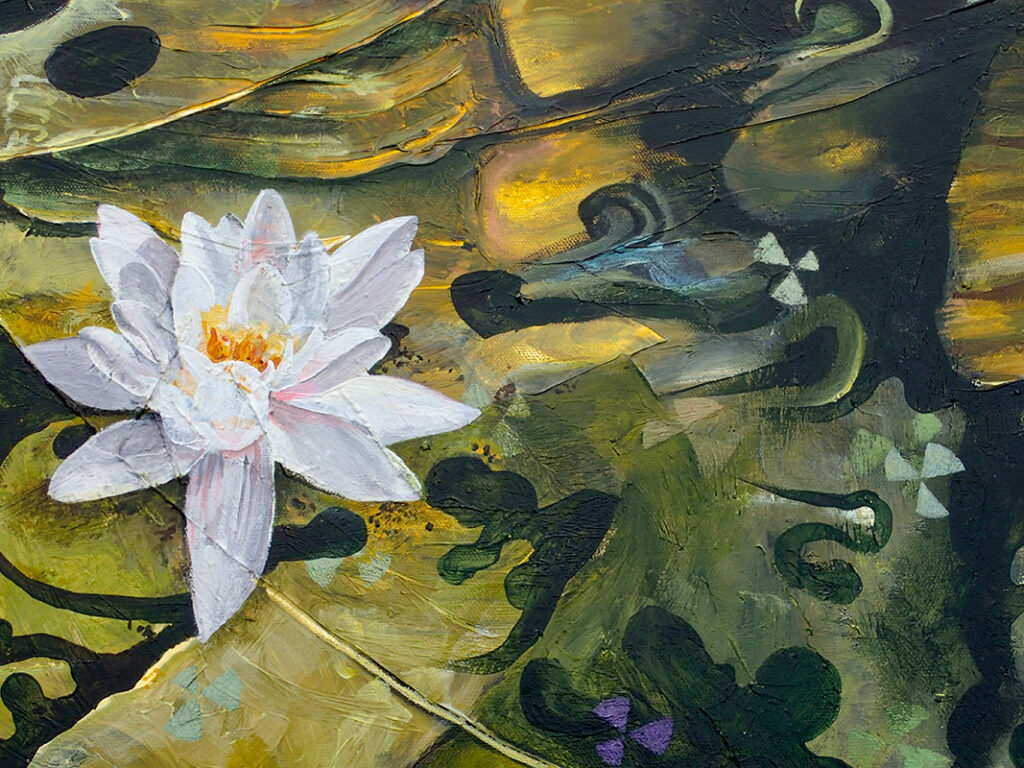 As a public educator, I can’t choose political sides, talk religion, or comment on comically zealous social media posts, but instead, I find ways to make my point within artworks infused with symbolism, sarcasm and metaphor. 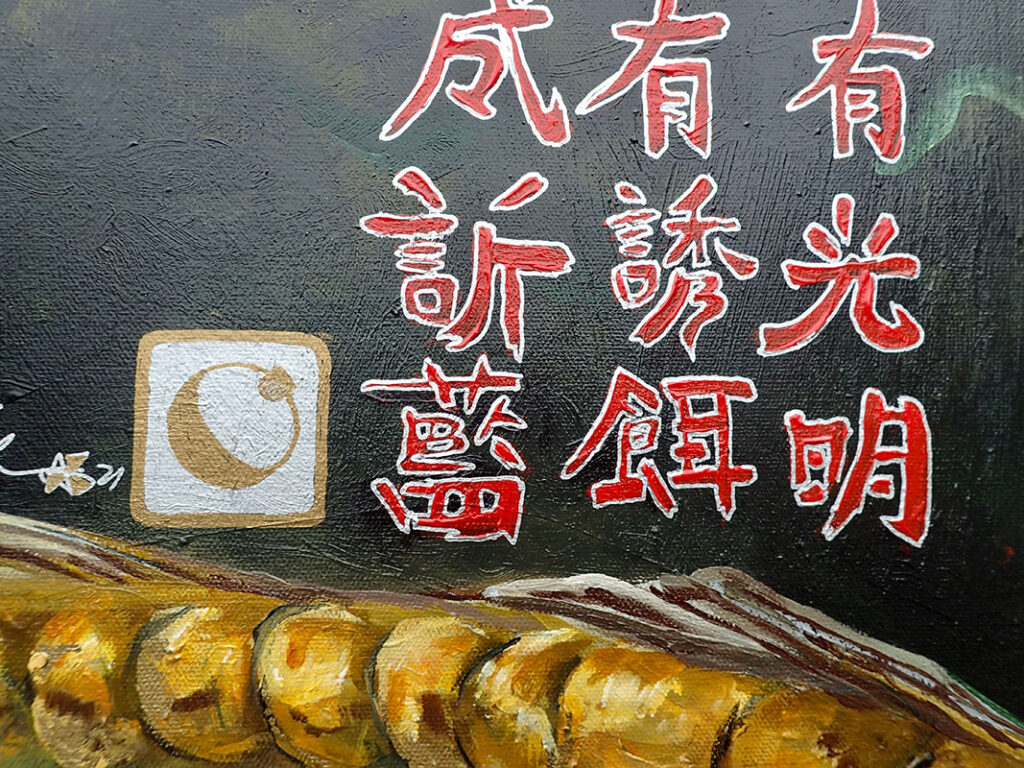 In Chinese culture, the Carp symbolizes wealth and prosperity, strength and bravery. For many today in Western cultures, the carp is just a trash fish not worth catching or a new vogue target species worth catching. 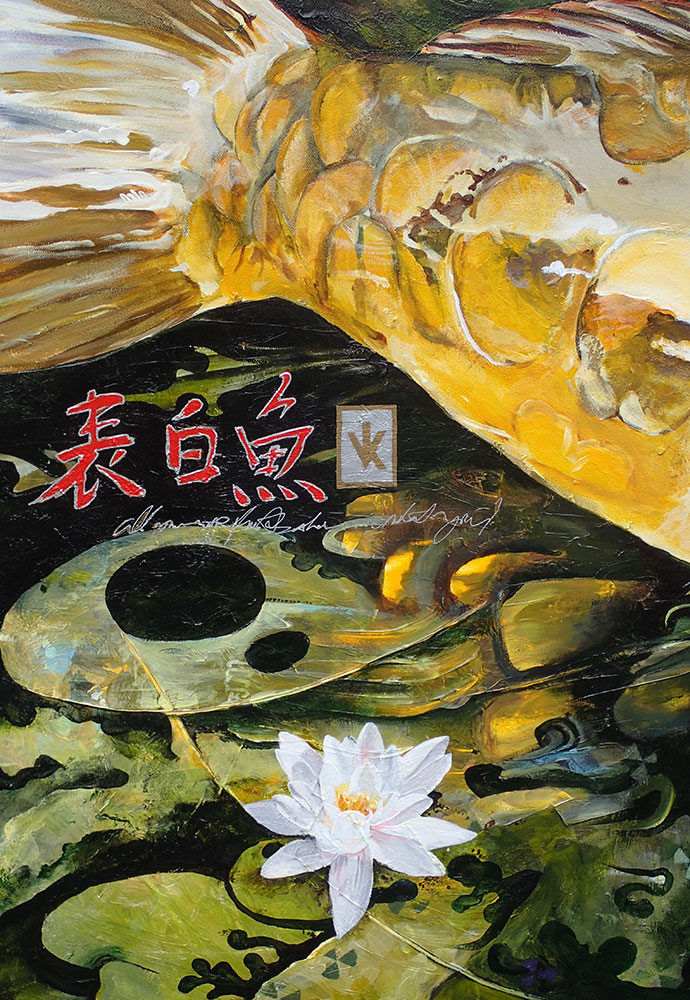 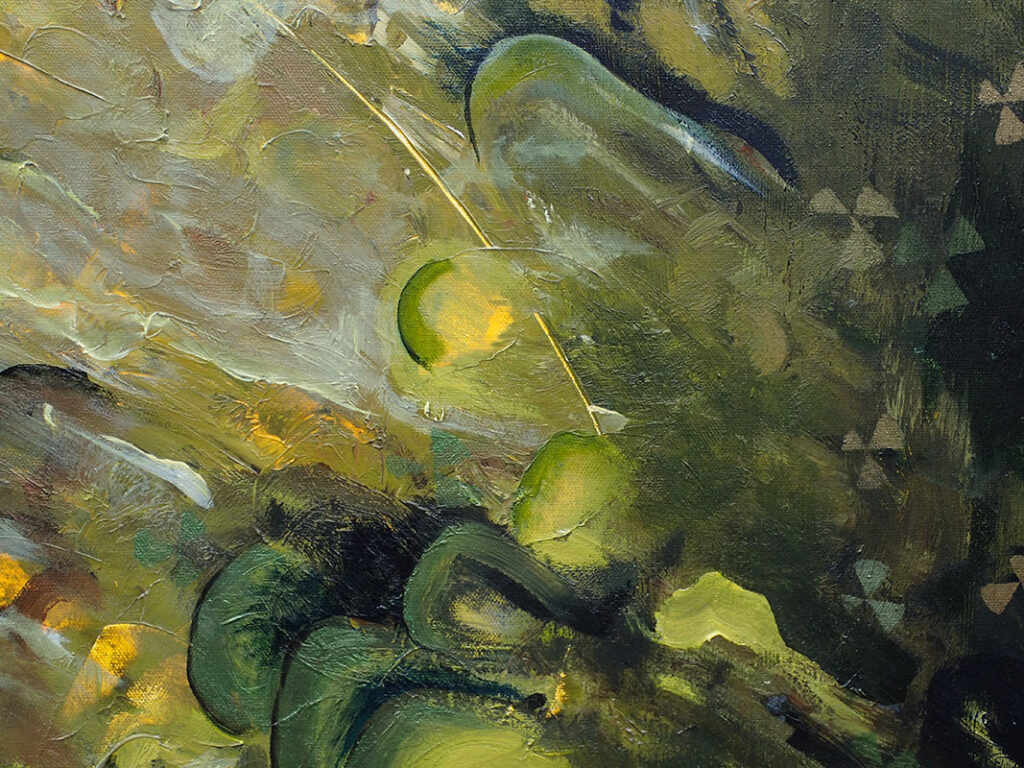